'You drive it. You define it.' That's how Hyundai wants us to view this car, their small Kona SUV. If you like cars of this kind, you're probably going to like this one because it ticks all the usual boxes in terms of style and fashionability. How will it fare on the used market in its standard forms though? Here, we're going to look at the 2017-2020-era pre-facelift versions of the mainstream combustion-engined first generation models and try and find out.

Unlike most of its rivals, Hyundai didn't just base this Kona on the platform of an existing supermini at this model's original launch in 2017. Mindful of the fact that this chassis would also need to undergird a full-electric version (launched in 2018), more bespoke underpinnings were developed, initially for a range which offered customers a choice of 1.0-litre and 1.6-litre T-GDi petrol engines (the latter with 4WD) and a 1.6-litre CRDi diesel. The diesel was quickly dropped, replaced by a 1.6-litre full-Hybrid petrol model. The conventional 1.6-litre petrol variant with its 4WD option didn't last long either. Which explains why if you want a combustion-powered version of this pre-facelift 2017-2020-era Kona, it'll almost certainly have either a 1.0-litre T-GDi petrol engine (by far the most likely) or a 1.6-litre full-Hybrid petrol unit. And it's virtually certain to have front wheel drive. The full-battery Kona Electric model was launched in 2018, with a choice of 39kWh or 64kWh battery packs. The entire Kona range was completely updated in late 2020, but it's the pre-facelift models we look at here.

What You Getword count: 365

A car of this kind has to evoke a reaction from you: that's part of the point of it. The Kona should do that, with its muscular toning, sensuous surfaces and high-contrast fender cladding. It all combines to make this little SUV seem a little more serious in its intent than some of its rivals - which actually isn't far from the truth. Most competitors in this segment are merely stylised versions of the existing superminis they're based upon. The Kona in contrast, is one of the few contenders in the class boasting its own purpose-built SUV platform - which is why it's one of the only ones that can be engineered to offer the option of all-electric power. At the wheel, the driving position isn't especially commanding but the cabin feels of decent quality. On plusher models with leather trim, it could be colour-personalised too, with highlights surrounding the gearshift, the starter button and the air vents, plus the chosen colour is also replicated into the seat stitching - and rather unusually, onto the seatbelts too. Infotainment is also well taken care of, most variants getting an 8-inch 'Display Audio' centre-dash colour touchscreen, your interface for controlling satellite navigation, the DAB audio set-up and a package of 'TomTom LIVE' media connectivity services. You can also connect in your handset using the 'Apple CarPlay' and 'Android Auto' smartphone mirroring systems. And in the rear? Well it's in this part of the car that you're likely to be most keenly reminded that you've bought an SUV based on a supermini-sized chassis, rather than that of a family hatchback. As it turns out, it's not too bad in the back for the carriage of two folk, providing they're not especially lanky of leg. If they are, then compromises will be need to made by the front seat occupants in order to be able to accommodate them. Let's finish with a few words on boot space. The tailgate is light to lift and reveals a 361-litre luggage area. Push forward the 60/40 split-folding rear seat and you'll reveal a relatively flat loading floor with as much as 1,143-litres of total fresh air if you load to the roof. 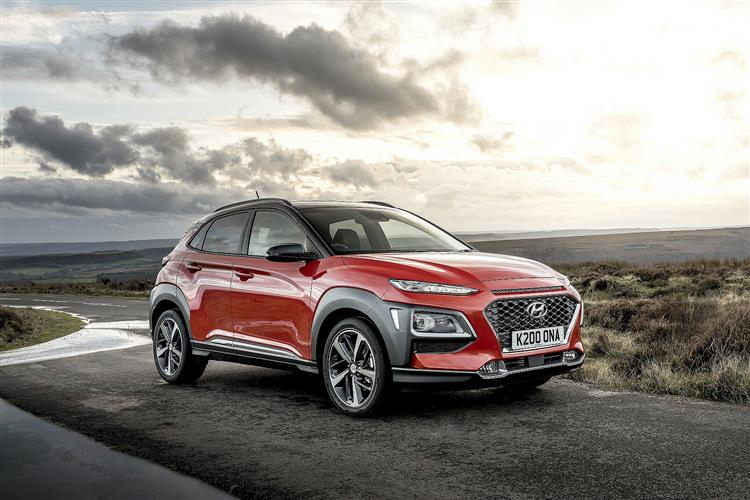