THE ORIENT EXPRESS (some text hidden)

A supercar for the PlayStation generation, the Nissan GT-R is astonishingly accessible and frighteningly quick. Finding something that's faster made in the 21st century's second decade is hard enough at any price but for the kind of money this car sells at, it's impossible. Here, we look at models made from the beginning of UK sales in 2009 right up to 2020.

Tucked away amongst the cane fields of Hokkaido, Japan's north island, is the test track that is itself a tiny piece of Germany. Signs point to Cologne and there are perfect replicas of autobahn rest stops. The road surface is Germanic and if you wait a while, you might hear the ballistic roar of a turbocharged Porsche 911 flying past at three miles a minute. Creating a supercar to beat Audi, Mercedes and, yes, Porsche requires nothing less than this kind of attention to detail. And the result, in December 2007, was the launch of this, Nissan's astonishing GT-R. Prior to this, the Japanese brand had brought us Ferrari-baiting supercars with GT-R badges, but they'd always been called Skylines, the R32 of 1989, then the ones we saw in Britain, the R33, launched here in 1997 and the R34 which followed it in 1999. With these cars, Nissan was learning: with this R35, introduced here in 2009, the gloves were off: no more Skyline references to cheaper mass-market models. It was just badged 'GT-R', purpose-built for 200mph Porsche performance at a fraction of the price. In the years following, the GT-R package was gradually evolved, with subtle updates nearly every year, but the same basic recipe remained, based around brutal styling and a rumbling 3.8-litre V6 beneath the bonnet. As production of this R35-series model neared its end, the car was no longer selling at a fraction of Porsche prices - well it wasn't in top Nismo form anyway - but in performance-per-pound terms, what you got with it was still pretty impressive. The Nismo model, flagship of the GT-R range, was first launched in 2016 and by 2020, remaining sales were being based around it. Lots of brands claim to offer 'a race car for the road'; but this Nissan really is. Here, we focus on it for examples made up to the 2020 model year.

There's nothing subtle about this shape, clearly not Italian, German or American, in every way the definitive Japanese supercar for the X-Box generation. It's an interesting approach, given that Nissan started with a clean sheet of paper, this the very first GT-R not based on a mass-market vehicle. The muscular body structure with its perfect 50:50 weight distribution drapes a body structure variously made up of carbonfibre, aluminium and steel that's slipperier than you might think, the 0.27cd drag factor matching that of a sleek Toyota Prius. It might not be pretty but purposeful? Oh yes. Just watch the dawdlers scuttle out of your way. This uncompromising approach continues inside. Instead of trying to copy the Europeans, Nissan stuck to what it knew which meant heavy use of metal-look plastic. No fancy design themes but a maze of apparently haphazard but actually logically-placed rectangles, circle and squares - though the contra-rotating speedometer and rev counter dials take a bit of getting used to. You'll need to spend ages with the handbook first - there are no fewer than eleven buttons on the steering wheel alone - but once familiarity dawns, it all works well enough. And the sports seats are brilliant, adjusting amply, like the steering wheel, for both reach and rake. Build quality's actually very good, the leather's well finished and there are even some interior switches that look as if they've been lifted from an Audi R8. The rear offers seats that even Nissan admitted were best left to kids - those adults banished to the rear are virtually clamped into place by the rear screen above their heads. Still, there's more space back here than you'd find in a 911. And more boot room too, the 315-litres on offer being nearly three times as much. 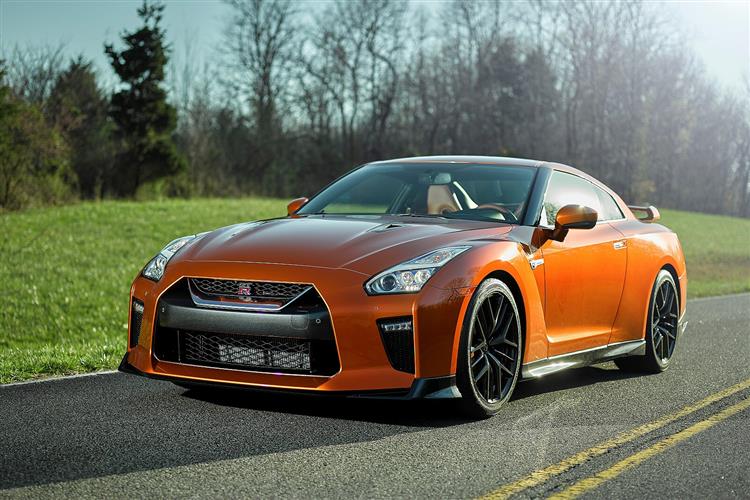