TOUGH TO LOVE? (some text hidden)

Want a large SUV that can walk the walk as well as talking the talk? What about one you probably aren't familiar with, SsangYong's Rexton? The 'Y400'-series version of this car, introduced in 2017, was smarter, classier and hugely improved over the Rexton models we'd seen before it. Ultimately, if you're secure enough in yourself not to care too much about badge equity and want a large, capable, well equipped seven-seat 4x4 from the 2017-2020 period for sensible money, it makes a lot of sense.

Increasingly, large luxury SUVs are all about image, all about badge-equity, all about fashion. Or at least most of them are. Here's one that's more practically grounded - the 'Y400'-series SsangYong Rexton, introduced in 2017. Of all this South Korean brand's products, the Rexton is probably the one provoking most familiarity amongst UK buyers. That's because this big D-segment SUV has been around so long - since 2001 in fact, when the first generation version was launched, selling until 2006. The MK2 model was to have a much longer production run and in the course of its sales life gained a SsangYong-developed e-XDi diesel engine, rather than the hand-me-down Mercedes unit previously fitted. In 2017, that design was completely redesigned to create this far more modern and up-market-looking MK2 version. As before, it offered up to seven seats but in this form, gained a much higher quality interior and the latest media and safety tech. The basic engineering though, remained largely untouched - which meant that this SsangYong continued to ignore the more car-like monocoque-based design approach favoured by most of the period's more familiar modern large SUVs. This was because SsangYong felt that this model's more straightforward body-on-frame ladder chassis construction was still the best solution for the tough off road capability that typical Rexton buyers were seeking. These people liked the engine too, which was the same 181PS 2.2-litre e-XDi220 diesel powerplant fitted to final versions of the previous model. It's a unit with enough pulling power to facilitate the kind of prodigious 3.5-tonne towing capability that no other SUV at this Rexton's price point from this era can match. And of course it's well suited for off road adventuring. The MK2 Rexton sold in this form until early 2021, when it was facelifted and a Hyundai-sourced auto gearbox added. It's the earlier 2017-2020-era versions of this 'Y400'-series model though, that we look at here.

What You Getword count: 270

The Rexton has never previously been an SUV styled to sit very comfortably in the golf club car park. That changed with this improved model, which represented a huge aesthetic step forward from its predecessor thanks to a design language characterised by the concept of what the company calls 'dignified motion'. Once you're inside, it's really quite impressive, easily the nicest SsangYong cabin you'll probably have sampled. There's a smart three-spoke leather-trimmed wheel, a classy wood grain fascia inlay panel and, on the top 'Ultimate' model, even stitched leather quilting across the lower section of the dashboard and on the door cards. Infotainment provision is on another level too, courtesy of the larger, higher-set 9.2-inch HD centre-dash touchscreen that comes as standard providing you avoid entry-level trim. In the second row, there's decent space for two and, thanks to the low centre transmission tunnel, room for three should you need there to be. This car's long wheelbase means there's room for third row seating too, though you don't get that on the top-spec 'Ultimate' model. Out back, once the hatch is raised, there's a truly colossal cargo area if the variant you have is a five seat-only model. That means 820-litres of room if you load to the ceiling, a figure that would be reduced to 649-litres if opt for a seven-seat variant and have the third row chairs folded into the floor. If you fold the middle row backrests forward, a vast storage area is provided, 1,977-litres in size on the five-seater model and 1,806-litres in capacity if you've a seven-seat variant with the second and third rows folded. 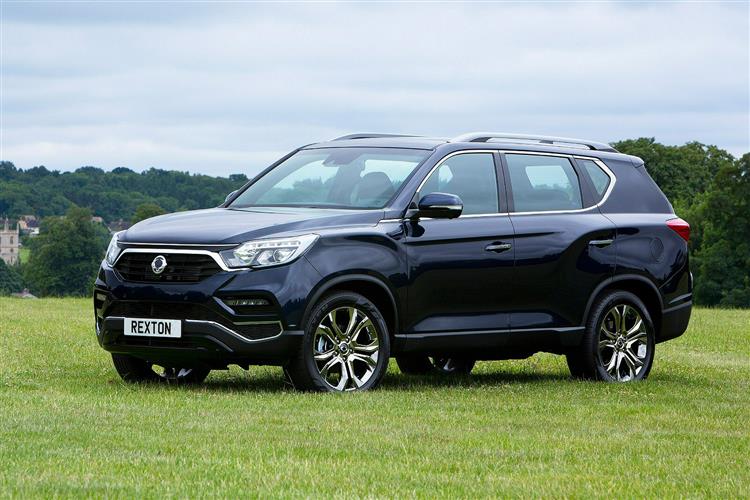