EXPRESSION OF INTEREST (some text hidden)

Few car companies have come so far as fast as Hyundai. That usually means that the product is far better than the public perception but judging by the take-up of the Korean company's latest range of vehicles, British car buyers are hearteningly well informed. The scrappage scheme was instrumental in introducing many buyers to the brand, and the smaller cars in the range were the key beneficiaries. Cars like this i20 supermini. What's perhaps more surprising about the latest Hyundai models is quite how advanced the engineering is. Time was when Hyundais were cheap but with engines that lagged a few years behind its rivals. The i20 was part of Hyundai's vanguard of properly low emission family cars and it makes a solid used buy, especially in the post-2012 facelifted versions of the first generation model we're going to examine here. Here's what to look for.

There wasn't too much in the way of fanfare when Hyundai replaced the Getz with the original i20 back in 2008. Built in Turkey for the European market, the i20 was clearly a more modern and dynamic piece of engineering than the Getz, but in order to succeed in the super-competitive supermini sector, a car needed to have very little in the way of shortcomings. And the truth of the matter was that despite advancing Hyundai's cause quite markedly, the i20 wasn't really a car that got the juices going. The Ford Fiesta sold well to those who enjoyed driving and the Clio made the numbers to those who preferred things a bit more stylish. Quite who the Corsa sold so well to, we're not quite sure, but the i20 was neither particularly sporty, nor notably chic. What it did offer was plenty of equipment, good safety scores and solid value for money. It did improve though. Come 2012, Hyundai launched an updated range. Prices started at less than ten grand for a new version, emissions were pared right back, the styling was made a bit sharper and materials quality in the cabin improved. This round of updates saw the i20 through to its replacement in late 2014.

What You Getword count: 252

Although Hyundai has shown some adventurously-styled prototypes, it has played things distinctly safe with the i20. While this tactic appeals to more mature buyers, a little more visual polish could probably have broadened the i20's appeal to those who might otherwise look straight to a Peugeot 207 or a Renault Clio. Step inside and things start looking up. It isn't what you'd expect of an affordable supermini - it's far better. There are quality materials and soft-touch surfaces that wouldn't be out of place in a car costing twice this much, although some of the minor switchgear can feel a little brittle. The dashboard instruments illuminate in blue which is a classy touch and the ergonomics all work well. A decent driving position is easily attained thanks to a height-adjustable driver's seat and a steering column that adjusts for both rake (up and down) and reach (in and out). Space in the back is generous enough to lever in a couple of adults, if only for shorter journeys. Go for a five-door car and it'll be fine for the school run; the 295-litre boot can accommodate the weekly shop of all but the biggest families. Flip down the 60:40 split rear seats and you'll find a flat load floor that can make the i20 surprisingly handy when it comes to the IKEA run. There's also plenty of thought that has gone into making the cabin easy to live with, with a genuinely useful glovebox and a good quota of cubbies and pockets. 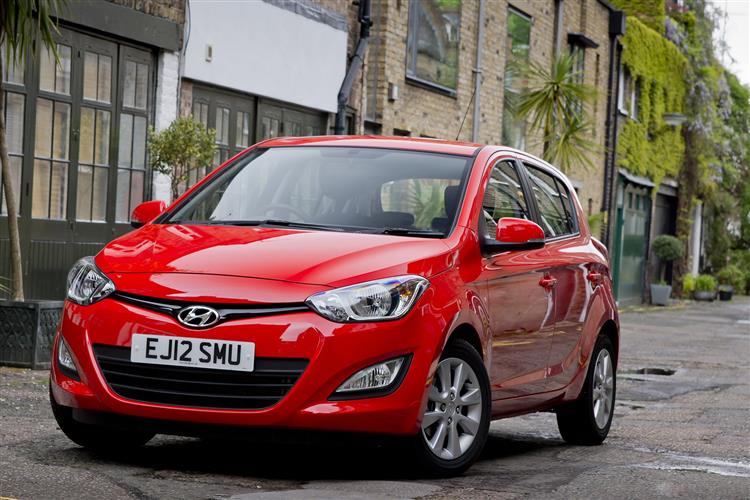