An old lecturer of mine once explained to me why Japanese stereos were available in yellow and pink. When Japanese companies first started making electronics equipment, they slavishly aped Western designs, afraid that the buying public would reject anything self-consciously Oriental. As their stock grew, these companies became a little more confident, trying new ideas and becoming bolder with their styling. In the early Eighties, the penny, or indeed the yen, dropped that being Japanese was actually an asset, and that Western companies were increasingly drawing a lead from their product design. After that, all bets were off and a series of exciting designs followed. Including stereos and cameras in finishes other then brushed aluminium or black. A similar thing appears to be happening with the Korean car industry. It's finally realising quite how good it is and is casting off the shackles of convention. One car more than any other has cemented Korea's burgeoning reputation, the Hyundai i30. Here we have a look at the facelifted i30 and highlight what to look for when buying used.

As any business leader will tell you, competing at the budget end of the car market isn't easy. Margins are tight and there isn't much room to turn a profit. It's far better to sell cars with more perceived quality and desirability at a decent mark-up and this is what Hyundai undertook to do. The i30 was the first tangible evidence of this change in the brand's philosophy. The car was designed and built in Europe around European tastes and it showed. Launched in 2007, the i30 was not spectacular in any way but in terms of design, engineering and build quality, it set standards that hadn't been seen before from a Hyundai. Better still, the prices remained competitive and an outstanding warranty package was tagged on to keep Hyundai's existing value-hungry customer base content. Suddenly the i30 was being thrown into group tests with the Ford Focus, Honda Civic and Vauxhall Astra where previous compact Hyundais would have been compared to Protons, Mitsubishis and Suzukis. The i30's thunder was only partially stolen by its sister car the Kia cee'd. The Estate version of the i30 was launched early in 2008 to supplement the standard 5-door hatch bodystyle. In early 2010, the specifications of the i30 were tweaked with an entry-level Classic model introduced to prop-up the range. A facelift a few months latter added revised bumpers grille and side mouldings and a limited edition model, ushered in by a limited edition model, helpfully dubbed the 'Edition'. It's this facelifted car that we examine here.

What You Getword count: 328

Although the basic silhouette of the i30 didn't change with the 2010 revision, the front end of the car became a good deal more confident. Gone was the rather apologetic air intake and bumper assembly, replaced by a big trapezoidal intake that owed much to Ford's Focus while the grille became bolder. It was a clear expression of corporate swagger, bolstered by healthy sales and public perception. An overall win in the Auto Express 2010 Driver Power car reliability survey only underscored how happy owners were with the car. Aside from the front end, the side mouldings were altered to give a little more shape to what is quite a slab-sided design. Shut the door with its quality 'thunk', move inside and it's much more impressive. Though still hardly what you'd call avant garde design-wise, the quality of the materials and the construction standards achieved by the Czech factory are convincing. Nice touches include the flashes of chrome around the dash and the blue illumination for the dials that also extends to steering wheel controls and ignition key slot so you won't be fumbling around at night. Dim the illumination and the wheel-mounted controls dim too, which is very slick. Though there's no reclining or sliding function for the back seats, space is reasonably plentiful for the rear seat occupants, though as usual in this class of car, three adults would be something of a squash. If you're going to be filling the rear seat a lot, it might be better to opt for the estate version which boasts an extra 20mm in its wheelbase and puts it to good use here. As for luggage space, well the huge boot suggested by the car's bulging rear end isn't actually that enormous but the 340-litres on offer is perfectly adequate, extendable to 1,250-litres if, as is possible, you completely flatten the rear bench. If you need more, then there's an estate version on offer with between 415 and 1395-litres. 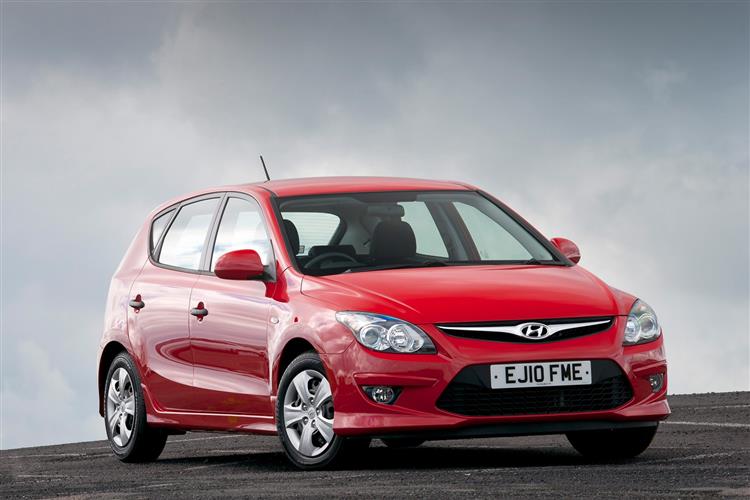