If, in choosing a used Focus-sized Family Hatchback, you merely want to buy a very good one and pay as little as possible for it, then Hyundai has a proposition for you - its improved post-2015 second generation i30. With efficient engines, a smart look, a pokey petrol Turbo flagship model and the availability of an impressive dual-clutch 7-speed auto gearbox, it's certainly a competitive proposition. Spacious, sensibly-specced and value-laden, this is a car that offers a really good alternative to the volume brands in this segment.

Cast your mind back to 2007. That was the year the very first Hyundai i30 family hatchback appeared, a Focus-sized model that completely changed the way we thought about Korean cars. Since then, this Asian maker has transformed itself from budget brand to the point where it's now a mainstream quality choice, a process that was aided by the launch of the second generation i30 model in 2012, a family hatchback that did well for Hyundai on these shores. By 2015 though, this model was facing tougher competition from an army of new arrivals in the Focus and Astra segment. Hence the need for the revised second generation i30 model that we're going to evaluate here as a used car buy, a car first launched here in the Spring of 2015. It's very firmly a product of evolution rather than revolution: you'd certainly have to know the original second generation design quite well to immediately spot this improved version's differences at first glance. Delve a little deeper though and it becomes clear that the changes Hyundai made here were actually quite significant. They included an upgraded engine line-up incorporating a more efficient 1.4-litre petrol powerplant, a much higher-tech dual-clutch 7-speed automatic transmission option, a powerful flagship petrol Turbo model, luxury car-style equipment options and a smarter look to build on the brand's well-liked so-called 'Fluidic Sculpture' design philosophy. This improved MK2 model sold until 2017, when it was replaced by an all-new third generation i30 range. 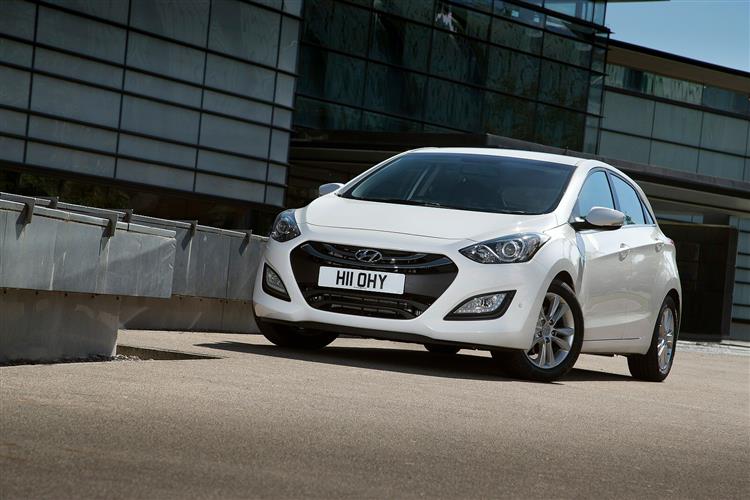