POWER TO THE PEOPLE (some text hidden)

Renault's modern remit is to create more affordable, more sensible vehicles and nothing the company makes sums this up better than its all-electric Kangoo Z.E van. It costs little more to buy than its diesel-powered stablemate and from then on, the running cost savings will be huge. Assuming the restricted operating range won't limit you and the compact size suits your needs, this is now an LCV that's very difficult to ignore. Here, we look at 2014-2021-era versions of this model.

The motor vehicle is at a turning point. It simply has to evolve, whether you believe in global warming or not. To emit less in cities. To make less noise. And to use increasingly scarce energy more efficiently. More and more electric cars are answering this call, but their environmental impact is likely to be limited until another class of vehicle properly takes up the challenge. We're talking of course of vans. When it comes to toxic emissions in our inner cities, LCVs are arguably the biggest culprits, yet van makers have been slow to get on board the electric bandwagon. Renault, in contrast, has led the way - and done it with the model we're going to look at here, the innovative Kangoo Z.E. Launched late in 2011, then updated a couple of years later to create the variant we have here, this was the market's first affordable all-electric van, the 'Z.E' in its name highlighting its ability to produce 'Zero tailpipe Emissions' in everyday use. And though the technology is new, the vehicle it's plumbed into remained the same second generation Kangoo design that had been on sale here since 2008, with levels of space and practicality untroubled by its new electric remit. This is a design that competed in the compact van sector where in combustion engine form, it had to battle tough competitors like Vauxhall's Combo, Fiat's Doblo, Volkswagen's Caddy, Ford's Transit Connect, Nissan's NV200, Peugeot's Partner and Citroen's Berlingo. In period, those last four rivals also came in all-electric form - and many more were set to follow. Electric vans are here to stay, but could your business really justify running a previously owned one? Let's look at this 2014-2021-era Kangoo Z.E. and find out. It sold until a new generation model arrived in early 2022.

This post-2013 variant gained smarter 'Phase II' front end styling. As in the standard Kangoo line-up, Z.E. model buyers get a choice of two main bodystyles - the standard 4.2m long variant and the bigger 4.6m-long 'Maxi' model, which also came in fully-glazed 'Crew Van' form with a fold-out three-person split-folding rear bench. In this form, buyers could also use this vehicle as an affordable little family MPV, were they to be so minded. Whichever Kangoo Z.E. variant buyers chose when this vehicle was new, they had to bear in mind that simply buying it wasn't the end of their outlay, for Renault separated vehicle and battery ownership. So, from new, once buyers had to decide whether to purchase or lease this van, they had then to take out a monthly subscription for the battery that would power it, the cost of which was determined by the contract term chosen and the buyer's annual mileage. These parameters could vary at anything between one year and five, with annual mileage anything between 6,000 and 15,000 miles pa. Once buyers from new had sorted out all of this, they at least had the peace of mind of knowing that Renault would guarantee that their vehicle's battery would always have a minimum charge capacity at least 75% of the original level (batteries deteriorate slowly over time you see). Plus they could count on comprehensive roadside assistance cover that would tow them to the nearest charging point, should they find themselves stranded with a flat battery by the roadside. On top of the purchase price and the battery subscription, customers of this vehicle from new also needed to budget for a charging point, since Renault frowns upon operators using a three-pin plug supply on a regular basis, even if that were business-practical. 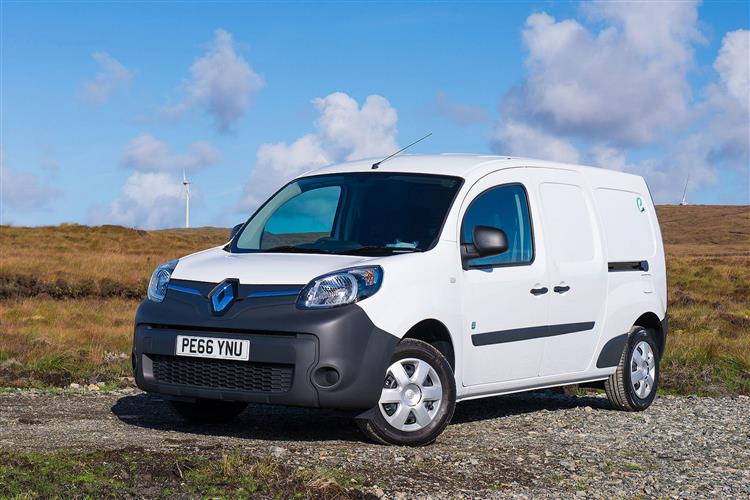